The test is completely anonymous (you take the test at home) and the result is displayed within 10 minutes. Testing is reasonable at least 5 weeks after possible infection!

The rapid syphilis test works with 97% accuracy. It is manufactured in accordance with ISO13495 and CE certified for domestic use (obtained from European Notified Body 0483). The reliability of the test has been verified by extensive clinical studies confirming its effectiveness.

You will receive the complete testing package in an unmarked parcel, via discreet delivery.

Syphilis Test Patris Health® is an innovative medical diagnostic test for self-testing for sexually transmitted syphilis-causing Treponema pallidum infection. In 15 minutes you can check yourself at home, from a drop of blood from your finger, to see if you have syphilis .

Contents of the test kit

Very important! At least 5 weeks must have passed since sexual intercourse for testing for syphilis to make sense.

Testing is easy and takes place in three steps :

The syphilis test kit contains all the aids you need to be able to test yourself.

Invalid result: An invalid result occurs if you have not followed the test instructions exactly. Photograph the test device with the result and contact us at podpora@patris-health.si

How does the Patris Health® Syphilis Test work?

The syphilis test is a serological (blood) test that detects IgG, IgA and IgM antibodies against Treponema pallidum .

The sample is blood from a finger that you take yourself and add to the test device. The test kit includes devices for taking blood from the finger – a lancet, a dropper and an alcohol wipe.

How long after intercourse does it make sense to test for syphilis with the Patris Health® Syphilis Test?

At least 5 weeks must have passed since sexual intercourse for testing for syphilis to make sense.

The incubation period varies between individuals. The concentration of treponemal antibodies increases over time and peaks one to two years after infection. In most infected people, specific antibodies can be detected five weeks after infection ( 6-14 days after the development of the primary chancre ). 1

If you have had risky sexual intercourse and the test for syphilis is negative , repeat the tests in the following weeks. It is possible that the antibody concentration is still not high enough for the test to detect.

Is the Patris Health® Syphilis Test useful for monitoring the course of syphilis treatment?

No. Once you are infected, antibodies against T. pallidum remain in your body for the rest of your life, despite being successfully treated (you no longer have syphilis). Be aware that you can become infected again and get syphilis.

Serological tests for the detection of treponemal antibodies are not useful for assessing the effectiveness of treatment. 2 Consult your doctor about the appropriate examination.

How long after infection do antibodies to Treponema pallidum remain in the blood?

We often receive the question from individuals who are interested in whether they have been infected at any time in the past.

Antibodies characteristic of syphilis remain in the blood for life. If someone was infected 10, 20, 40 or more years ago, a syphilis test still makes sense.

With the exception of chancre (ulcer), which is a characteristic sign of syphilis, other symptoms such as fever and headache were quickly overlooked. When syphilis enters a latent phase (dormant period), the symptoms do not appear. 3 This means that a person can live with syphilis for many years without even knowing it.

How accurate and reliable is the Patris Health® Syphilis Test?

The Patris Health® Syphilis Test is at least 97% accurate . In three clinical studies, it showed the correct result in 97% of cases.

The test is based on reliable and proven technology. It has been used for medical purposes for over 15 years .

The Patris Health® Syphilis Test is manufactured in France from high-quality materials according to the ISO13485 standard. The test is CE0483 certified in Germany and approved for self-testing by a European Notified Body.

What should I do if the test doesn’t work?

If for any reason the test does not work, take a photo and send us a photo by e-mail to podpora@patris-health.si

Please note: Our test kits are easy to use and developed especially for inexperienced individuals. Errors occur mainly when the instructions for use are not followed exactly. Testing steps should not be skipped. The test kit contains detailed and illustrative instructions for use . If you follow them carefully, you will not have any problems.

An innovative self-test for testing for sexually transmitted infection with Treponema pallidum, the bacterium that causes syphilis. You can test for syphilis in 10 minutes, in the comfort of your own home, from a drop of blood from your finger.

WARNING! It is recommended to test after a period of at least 5 weeks from the time of possible infection for testing to be meaningful.

All the necessary tools to perform the test are included in the package.

The syphilis test result is read according to the reading on the test – as negative, positive or invalid.

The intensity of the colouring of the test and control stripes may vary from test to test. The only important thing is that they are visible, regardless of the intensity and colour variation.

Invalid result: An invalid result occurs if you have not followed the test instructions exactly. Take a photo of your test device with the result and contact us at info@nyd.care

In case of a positive test, it is necessary to consult a doctor, who will prescribe the appropriate treatment. Because antibiotic resistance is common, monitoring the effectiveness of treatment is advised.

How to take a sample

We offer a number of tests that give you insight into your health and detect possible infections with bacteria or viruses. The NYD provides you with tests to check for sexually transmitted infections, gastrointestinal health, and general health. 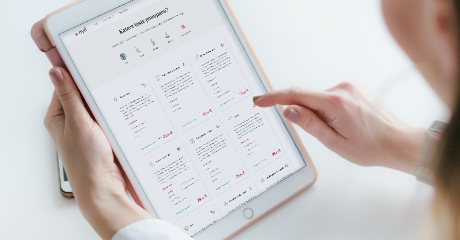 You can order the test kit on our website or buy it at one of the points of sale. Before taking the test, please activate the test on our website. Only then can you get results. 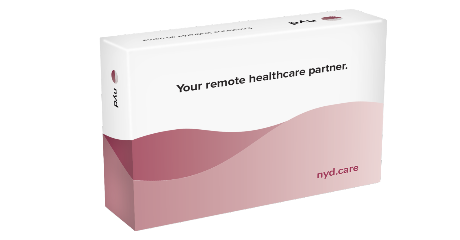 Take a sample in an easy way. Here are instructions on how to perform the test procedure painlessly and quickly. The kit includes everything you need to successfully take a biological sample. After collection, the delivery service takes the sample free of charge at a location that you determine when activating the test. 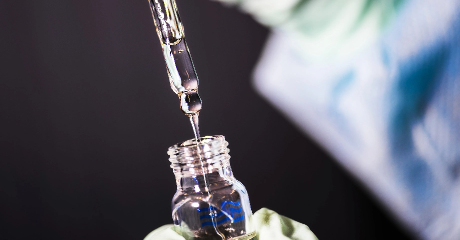 Our kits include a prepaid envelope to send a sample to our lab. You can monitor what is happening with your test through the online application. You will also be notified when the status changes. 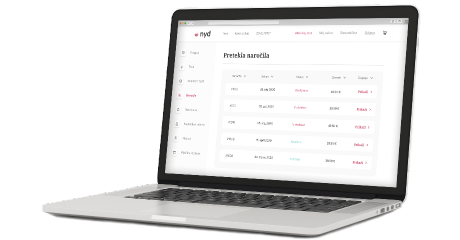 Within a few days, the results and results of your investigations will be available through our online application. You have an insight into the tests you have ordered in a simple and transparent way. Samples are analyzed by accredited laboratories and experienced biomedical science professionals. 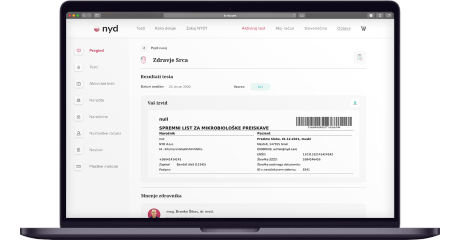 If the results of the examinations you have performed show major discrepancies or the presence of an infection, you have the option of simply ordering a consultation with a doctor at a distance. Our experienced doctors will kindly advise you on how to proceed. 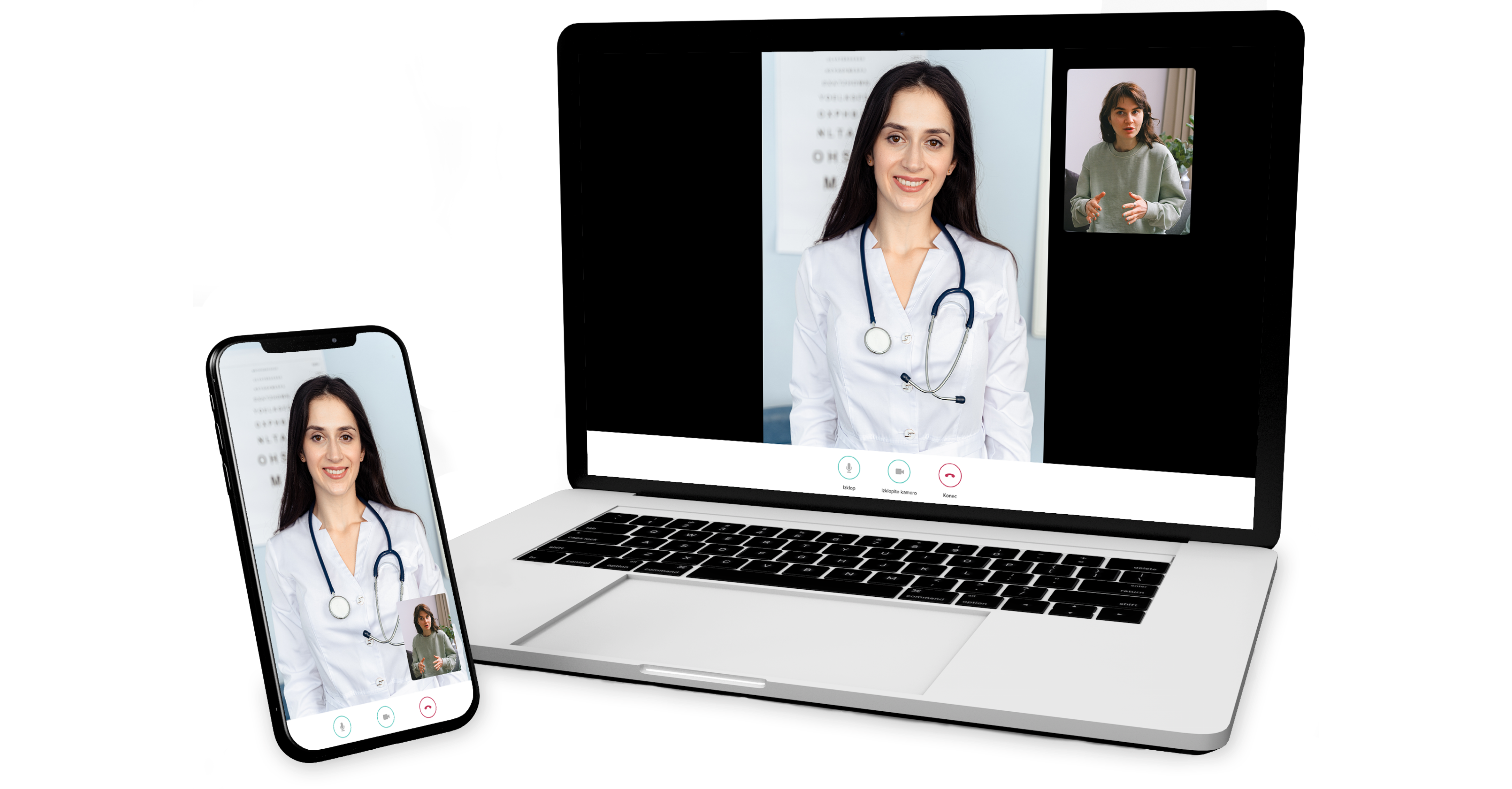 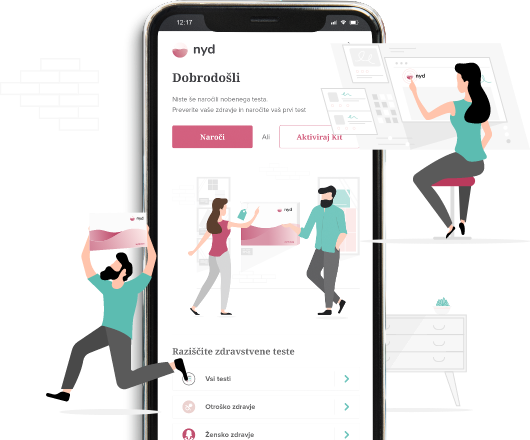 Download our new app and have an overview of your orders and test results.

The application is available on Google play and Apple store

Your samples are processed by the best accredited laboratories in the world.

A team of doctors reviews your results.

Doctors are available for video consultation at a distance.

You keep track of your lab results and trends in one place.

Do you have questions?

Why should I give it a try?

Why do I need to activate the test?

The test needs to be activated, as this gives you access to the web portal where your results are located.

Are medical professionals involved in the process?

When should I collect and return my sample?

You can select samples and send them to us at the most appropriate time.

How accurate is the testing process?

The testing process is very precise, as NYD.care pursues the goals of the highest quality service, employing only the best staff and following the most advanced procedures of modern medicine.

Do you have questions?

What others say about us 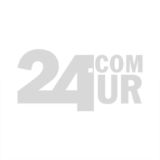